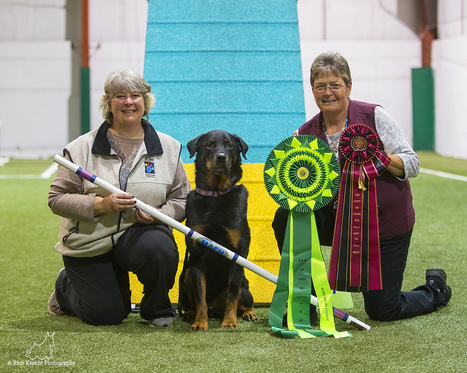 Karen Stiff-Carroll has been involved with animals her entire life. In 1990, she acquired her first Rottweiler, Sasha. Soon followed Gretchen, then rescue, Zina. In the late 1990’s, Karen discovered agility. The sport was just getting popular and Karen’s girls attempted to participate but they all had multiple orthopedic issues which kept them from excelling. In 2005, Karen’s long awaited agility dog was born. Jerome, MACH PDCH Deerwood’s Just A Gigolo MXS MJS MXF PMTD T2B AXO OJP CD RE TSX NTS NUR NTPS, started training with Kim Seiter at 12 weeks of age. Fast forward to 2015. Jerome is recently retired. Earning multiple titles including his MACH and PDCH (Only the 3rdRottweiler to do so), attending 3 USDAA Cynosport Games and the 2014 AKC National Championships.

Karen also trained and competed with Takoda, Esmond’s Takoda’s Good Medicine AXO AJP RN CD CGC CWS TS NHT HAS HTPT who is Rottweiler  from her first breeding,  Ciderhaus’ Apple of Our Eye (Cyder) MX MXJ AXP AJP NFP CD BN RN HTDT is Karen's current competition dog. Karen is very excited about her latest addition to the family "Phizz". He is just starting his agility and herding career. Karen believes a strong foundation and great relationship are the keys to success! She has trained with Kim for over 10 years and has been instructing under Kim’s guidelines for the past three years. She finds it rewarding to see her students advance from the beginner level to competing. Karen has a supportive yet engaging relationship with her students. 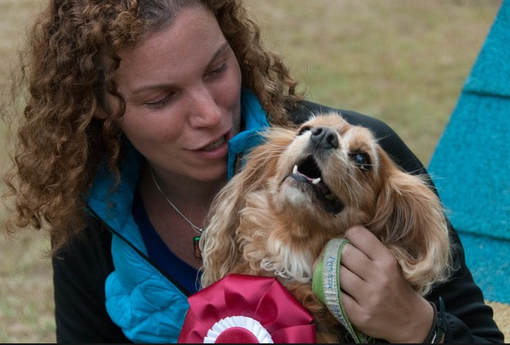 Jenn Stollery got her first dog in her early 20s and fell in love with dog sports and training. She started with agility and has tried nearly every sport available to her and her rowdy cavaliers. She enjoys training people to better communicate with their dogs and strengthen the bonds between them. She is super positive and loves to laugh. If you are looking for low pressure, super silly, really upbeat training, take a class with Jenn. Make sure to bring loads of treats and a positive attitude. 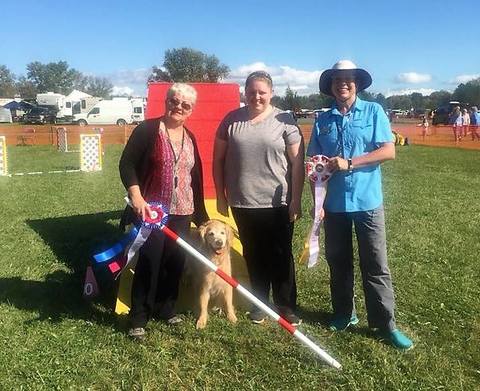 Christina Turner ​
Christina has been doing agility since she was 11 years old, and grew up in the sport. She has also competed in Obedience, Rally and Conformation. Over the years Christina has earned multiple Agility, Rally, and Obedience titles in a variety of venues.  Christina started training with Kim about 7 years ago, where she studied under Kim to learn her whole agility program. Kim taught Christina everything from Beginner Puppy agility to Masters Competition and guided her in becoming an instructor.  Christina believes in a strong relationship between dog and handler, and having fun while training. Her favorite thing about agility is analyzing the courses and exploring different handling options while having fun with her dogs!

Christina is currently competing with her two Golden Retrievers at the Masters Level in AKC and USDAA Agility. She has attended AKC Nationals and USDAA Cynosport and plans to go back to both events. She also has a young Sheltie in training as well as a Border Collie who is currently working in Dock Diving.